In the year that saw global outrage to the systemic and structural racial injustices faced by black people and the general recognition by many multinationals that "black Lives Matter", it can often feel like while much has changed, it all remains the same.

However, Let it not go unsaid, when confronted with obstacles, not only are we working hard to reach those top positions that were once inaccessible to us and using that as leverage to inspire and encourage others, we are also taking our destinies into our own hands.

Risk-taking is a concept to us that has continued to evolve with each new generation, taking on different ambitions, but linked by one key factor, ‘freedom’. Freedom from shackles, freedom from segregation, freedom from the disposition, and now the freedom to make any choice for ourselves that results in fulfillment.

On that note, let’s talk about black businesses, more specifically black startups, which have seen a surge within the last decade, as more empowered black females and males confront the formerly scary undertaking with stars in their eyes and unyielding ambition. Obstacles such as non-black investors giving us the cold shoulder and knowing how to take a business on to the next step once it has launched, are quickly crumbling, giving birth to new businesses in all industries, from fashion and cooking, all the way to technology and entertainment. We’re powering ahead with no stopping in sight and that can be attributed to understanding self-worth, not just in the value of oneself, but the power of our spending.

The Black Report compiles eye-opening data surrounding black startups. Supported by Google for Startups, the report hopes to spread awareness so often difficult to find, of black foundations and journeys, providing useful insight into the types of black people starting new businesses, why, where, and how.

The report found that 43% of black entrepreneurs had started their businesses by themselves, fundraising an average amount of £166k, of which 22% of entrepreneurs raised from family and friends. Also interesting is the fact that 77% of these startups are already generating revenue, creating 5.4 jobs on average, to which 46% of these were female. 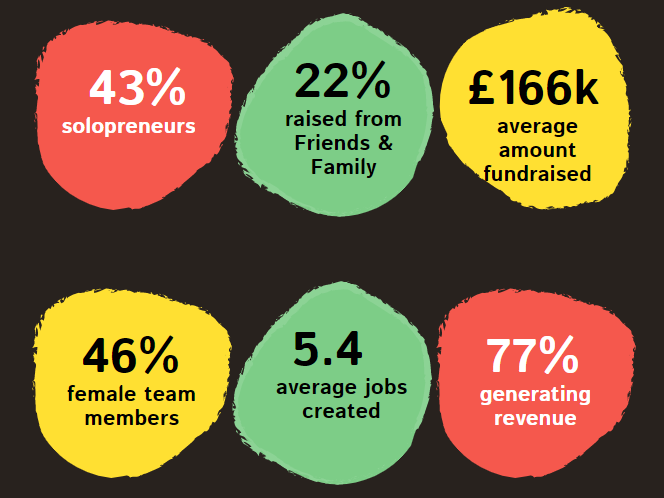 The report outlines quite in-depth, not only the circumstances to which black businesses originate, but where the founders derive from and recruitment demographics, for example, 6% of staff hired are LGBTQIA+ identified, of the male to female ratio, 1% identify as non-binary and 75% of staff identify as people of colour, making this three times higher than the industry standard.

The report is incredibly in-depth, exploring numerous factors that may not have even been taken into account, such as 30% of startups are by entrepreneurs not born here, 88% of startups are self-funded with an average of £14k and 65% of respondents describing their upbringing as working class, compared to 20% lower middle class, 10% middle class and 5% upper middle.

The Black Report is far to indepth to fully explore in a single article. It’s definitely worth a read and worth sharing and we encourage you to read the full report yourself. Quite often negative narratives overshadow the positive and it is exactly this that helps to shed light on the achievements of black entrepreneurs and the initiatives we aim to pursue.

Hopefully, with access to data such as this, it should help to empower a new generation of black people, encourage healthy risk-taking and knock over hurdles for those following, making the pursuit of dreams just that little easier and in doing so, attaining the freedom we deserve.

Report Copyright: The Black Report in association with 10x10 & Google for Startups.