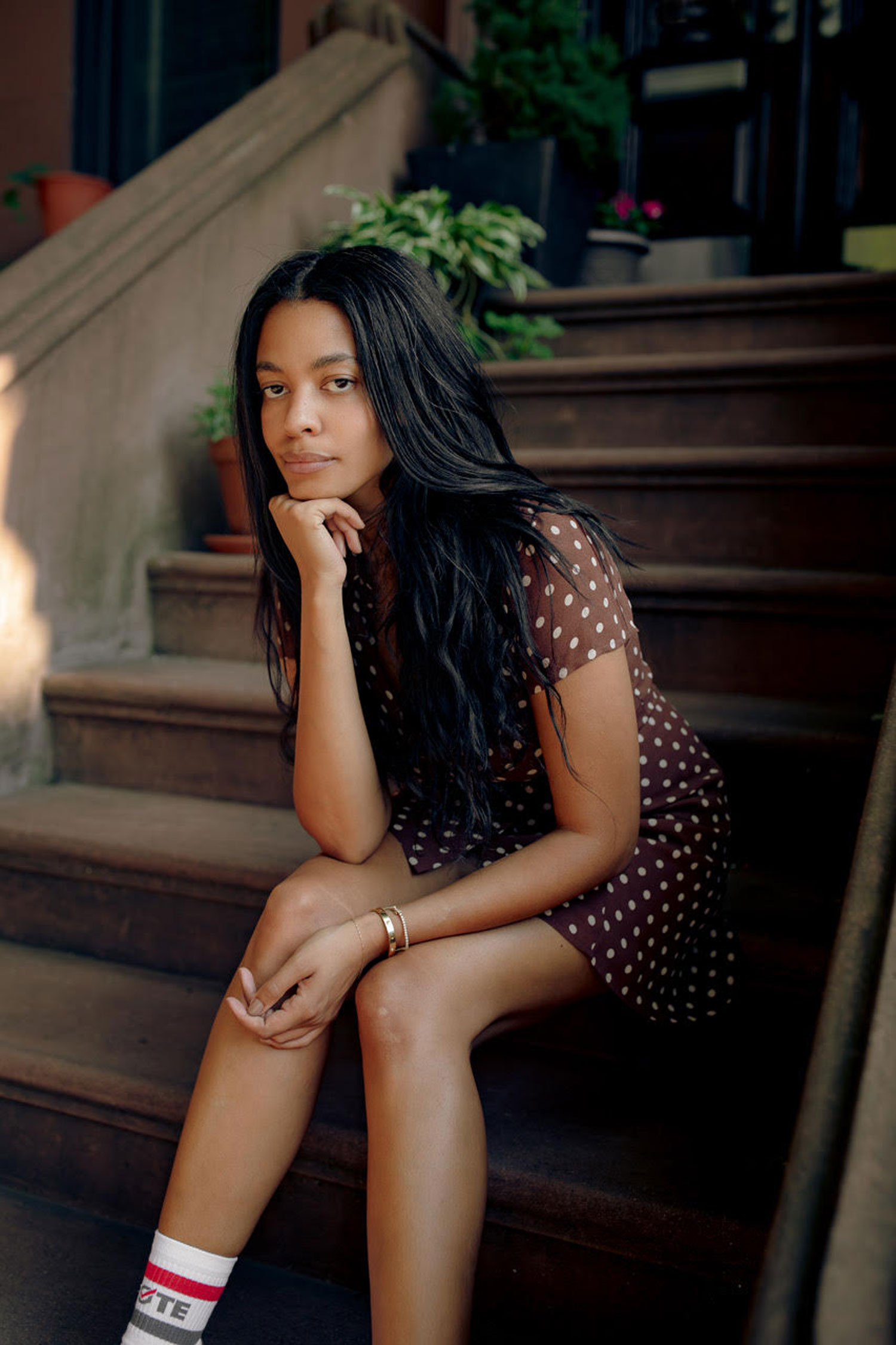 Founded in 2013, Brothers Vellies creations have been seen on Beyoncé, Elaine Welteroth, and in the poignant movie Queen and Slim worn by Jodie Turner-Smith. Further recognition for this designer who skimmed the awards, including the CFDA Award for American Emerging Designer of the Year and the CFDA Swarovski Award for Accessory Design in 2018. Hailed for her approach, which is both committed and concerned with fair remuneration, the Canadian-born Aurora James has been working with Moroccan, Kenyan, and South African artisans since the beginning. James belongs to this new wave of activists and independent Black creatives based in New York, including designer Kerby Jean-Raymond of Pyer Moss, Samantha Black, Sade Sims, and Aisling Camps just to name just a few.

A leading figure of Black-owned companies, Aurora James, knows that the fight is economical and intensely ideological. The founder of Brother Vellies urges us to sign the 15 Percent Pledge petition, an initiative that aims to limit bankruptcies and business closures due to the economic consequences of the COVID-19. From her shop in the heart of Brooklyn she remains consistent in her remarks. James preaches important messages in the 2020 September issue US Vogue, where she’s featured on the cover as illustrated by the painter Jordan Casteel. For ATPB, the Brooklyn-based designer calls for action and a profound reformation of the fashion sector and implements initiatives never to leave Black businesses behind again. 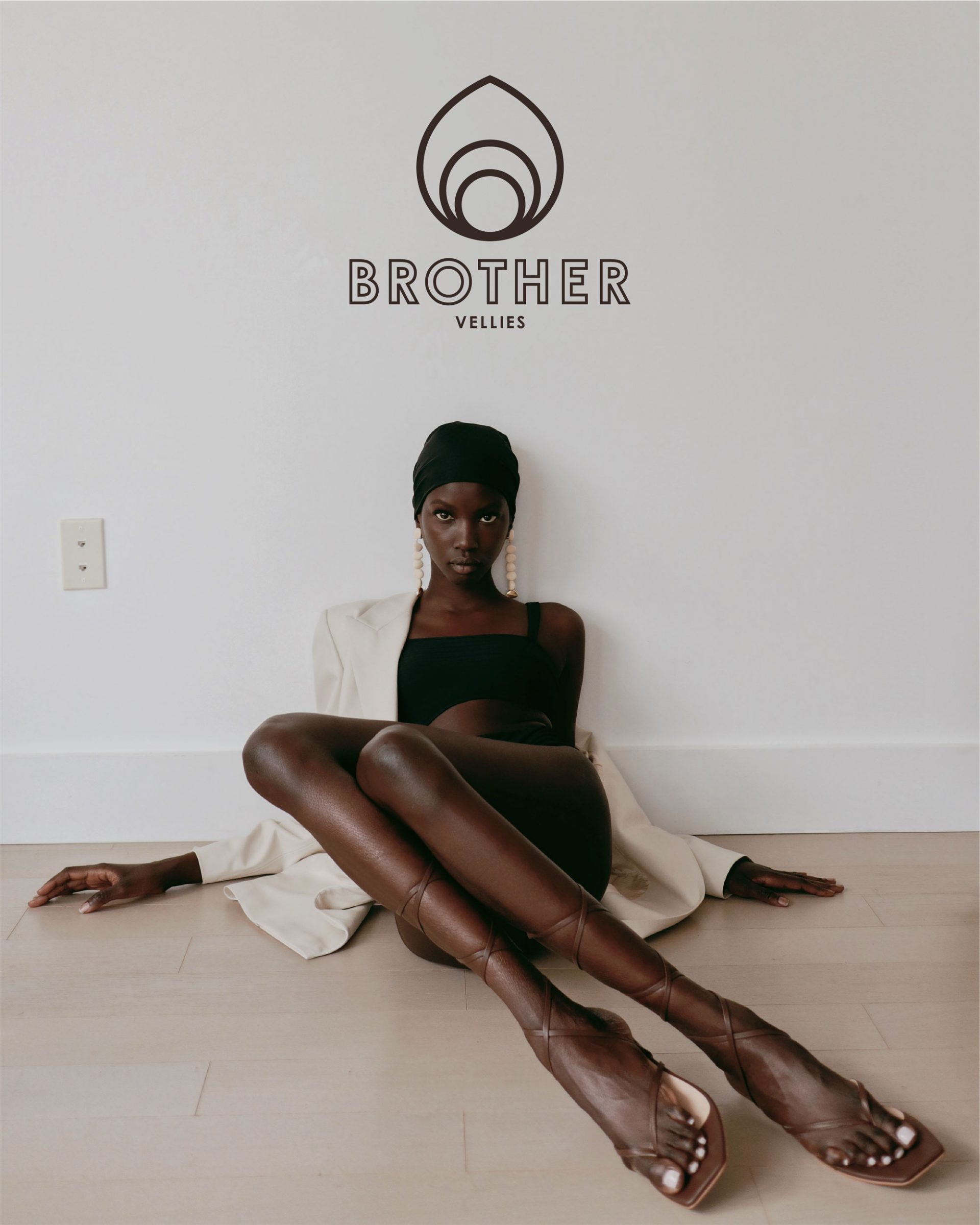 Amanda Winnie Kabuiku: How long have you been working on this initiative? How did the death of George Floyd and many others precipitate this initiative? Despite systemic racism, why is it also essential to bring the fight back to the economic level?

AJ: Right after the tragic killing of George Floyd, we saw a lot of brands and influencers from across industries posting messages of solidarity, but not actually changing anything about their business. They say they stand with the Black Lives Matter movement but don’t have diversity in their boardrooms or in the content they put out. I was on the phone with a friend talking about these issues and the struggles Black-owned businesses are having during the pandemic. As a business owner, and a Black person, I was especially torn up by this information and it inspired me to launch the 15 Percent Pledge. I wrote out the Instagram post the next morning on May 29 and by June 10th the 15 Percent Pledge was a fully credited 501c3 non-profit advocacy group.

AWK: Where does the 15% percentage come from? Why is it essential that this percentage be reached on the shelves of distributors? Why has there been so far a reluctance to sell Black-owned business products?

AJ: Black people spend billions of dollars in this country every year but yet represent an insignificant fraction of how these companies allocate their purchasing power. We thought to ask these huge corporations to rethink their business strategy as well as rethink business relationships in order to represent the Black community on their shelves. The 15% number is the percentage of people in the United States who identify as Black – that includes mixed race. We aren’t asking these companies to invest in a business just because it’s Black-owned. Of course, continue to do research and evaluate what Black-owned businesses work for them, we are just asking big businesses to invest in the future of the Black community. We’re fighting for economic and financial equality, which will lead to equality for all. If all the major retailers we called on in our initial Instagram posts committed to the Pledge, we could funnel $14.5 billion back into Black-owned businesses over time, indirectly benefiting the community. 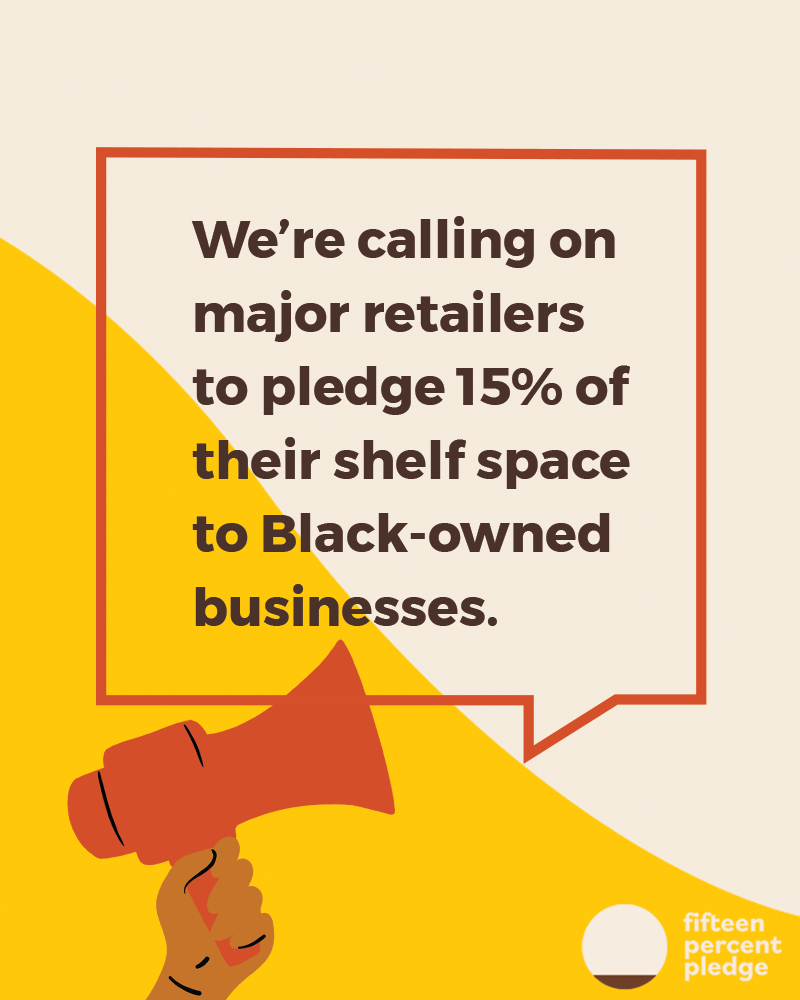 AWK: We regularly see that the black and small businesses are the most affected in crisis; What is the role of systemic racism here? What are other factors at play?

AJ: Black-owned businesses generally cannot get the credit they need to expand and studies consistently find that they experience higher denial rates when applying for credit. If they do manage to secure a loan, they will often pay higher interest rates. According to the Center for Responsible Lending, 95% of Black-owned businesses were unlikely to receive the first round of the Paycheck Protection Program (PPP), the most significant pot of money congress offered to small businesses in the CARES act. It’s because of these reasons it is harder for Black-owned businesses to thrive in today’s economy. It has been stated that 40 percent of Black-owned businesses will not survive the pandemic, more than any other racial group.

AWK: Can you please share the state of your business at the moment. Have you had to lay off staff? How are your online sales going?

AJ: As the pandemic was growing, we started thinking about what the Brother Vellies community needed at a time when leaving your home wasn’t an option. We worked on creating small-batch items that we hoped would bring beauty and comfort into our community’s lives – and this grew to become our Something Special program. By signing up for the program, our Something Special community members receive a little surprise every month that we hope makes them smile. We also added a section to the website called the Bodega – a selection of thoughtfully made, small-batch products for your home and life, all under $100 and produced in collaboration with our artisans and friends. Being able to pivot our business in this way allowed us to keep all of our employees and continue to work with our artisans around the world. Also, featured in the Bodega are our new Canvassing sneakers that we did in collaboration with Michelle Obama’s organization, When We All Vote. Each shoe features a message that I personally hand wrote, urging everyone to get out there and vote. And we are so excited that the entire purchase price of the sneaker will go directly to benefit the 15 Percent Pledge petition.

AWK: Have you the intention to extend this initiative in Europe? What are the possible challenges that you foresee in expanding the pledge abroad?

AJ: Well, in my experience, Black people, especially women worldwide, have had to work twice as hard for half as many opportunities. The one thing that people can do to support anti-racism and the Black Lives Matter movement is to sign the 15 Percent Pledge petition to prove to major retailers that Black brands and businesses deserve their attention. Back in June, I launched the Pledge as a response to what is happening to Black-owned businesses during the pandemic. It has been stated that 40% of Black-owned businesses will not survive in the United States. We have launched in Canada. I’m originally from Toronto and I felt it was important that businesses like Holt Renfrew, SSENSE< LobLaws, Indigo, all recognize the lack of diversity of their shelves. We are currently focusing on North America due to resources and bandwidth. Eventually, we hope to expand the Pledge to Europe! 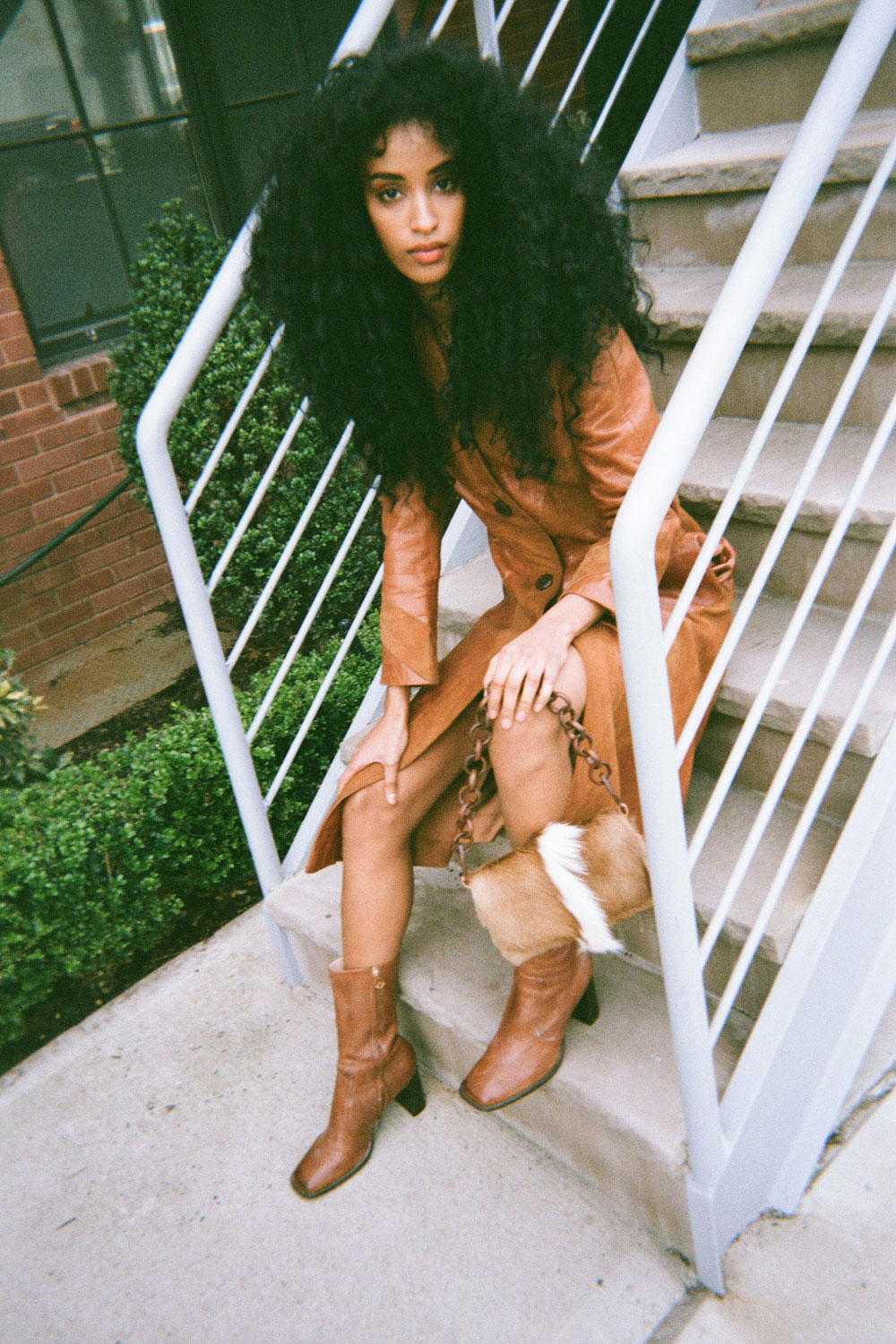 AWK: Besides Yelp, how many companies have responded favorably to this initiative?

AJ: To date, we have had Sephora, West Elm, MedMen, Rent the Runway, Vogue US, and Yelp commit to the 15 Percent Pledge officially. We are in talks with so many other brands and are looking forward to making more announcements throughout 2020.

We, Team ATPB, encourage our readers to learn more about Aurora James and her different initiatives like When We All Vote by following on her Instagram, visiting the Brother Vellies website to purchase the cool sweatshirts she created, and signing the 15 Percent Pledge petition.